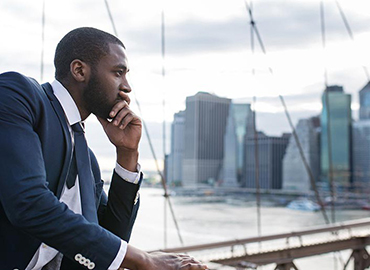 The mingling of business and spirituality has been questioned for centuries. This article will give a more bird’s eye view into the topic and uncover some hidden gems that may well just surprise you if your answer to this question is no.

Business owners come from all walks of life, all ethic backgrounds, and  different age groups. They have various religious backgrounds; some are atheists and with the different variables, business owners have different core values and beliefs according to their upbringing, religious beliefs, education, status, etc. With these factors coming into place, the duty of providing a good or service in exchange for money can seem far from any connection with spirituality as far as the North is from the South; however, in this article we are about to dive a bit deeper into history and modern times to assess any correlation between the two.

Going back in time approximately two thousand years ago was a man who walked the earth whom many of us refer to as Jesus Christ. You don’t have to be a Christian to know of this man for his story has been told across the world. We aren’t going to evaluate the reason many say he came, but we are going to evaluate some details about his life when he walked the earth. You may ask, why reference Jesus? Well, in the culture that I live in, many profess to be Christian or Muslim and therefore, Jesus Christ is a very important figure in the lives of the aforementioned. This article doesn’t seek to leave out the other thousands of religions, but since we’re in a culture that relies heavily on Jesus as an example, we are referring to him today.

Jesus was a teacher and a great leader. He was able to take twelve men – who might I add were business owners and inspire them to go about the business of preaching a religious message to mass amounts of people. Four of the twelve were fishermen by trade and assisted in running family businesses; they were Simon aka Peter, his brother Andrew and James and his brother John. Matthew was as we know in modern times, a tax assessor, Simon was something of a politician, Luke was a doctor, Paul the 13th apostle was a tentmaker once he became a believer, and the others, – well we don’t want to assume, but more than likely they were business owners as well.

How the Disciples Handled Business

What is significant to mention is that oftentimes, these men would leave their duties as business owners behind for a time and follow Jesus to further the kingdom message or the gospel. In reading the details in the scriptures, they would go back to working in their trades for a time as well. This goes to show that when one is striving to further the will of God on a full-time basis, there may be little time to pursue business interests also. However, it is interesting to note that Paul would preach and find time to run his business at the same time as mentioned at Acts 18:2, 3. He also became acquainted with others who shared the same trade. They took care of their own needs by running businesses that would assist them in furthering the good news about God’s Kingdom. In this case Paul used a money earning profession to support a voluntary profession – preaching and teaching about God.

When Business and Spirituality Were Inappropriate

On one occasion, Jesus walked into the temple and there were business men selling sacrificial animals and accessories to the people. Jesus made a whip of ropes and drove them out of the temple. At Matthew 21:12, he said, “It is written, my house will be called a house of prayer, but you are making it a den of robbers.” Looking at the principle behind this, selling items in a place of worship to make a profit is akin to robbing and should not be done. There is a clear distinction here where business and spirituality and/or worship should not mix. It is offensive to God.

Let’s take a further look into the topic. Oftentimes, in business people are tested on matters of honesty, moral judgement, and integrity. For example, a business man may have been married for several years. He could have a very attractive assistant who works for him daily even taking trips with him to assist with business. Will he harness lustful eyes for her or will he continue to remember the agreement he made to be a faithful husband? He could erroneously reason that these are business trips, and having an affair with his assistant could relieve his stress from the hustle of handling business affairs while he is away from his wife, and it won’t go further than the office or the trips. Or he could take a spiritual look at the situation and look at his marriage as a contract between God, himself and his wife and vow to not breach the agreement. In this case, choosing to uphold morality is a spiritual decision on the context of business and beyond. They go hand-in-hand and would benefit this business man in the short-term and long-term in business and in his marriage.

Self Discipline or Self-Control

Another example to consider is that of self-discipline or self-control. A well disciplined individual is able to accomplish and complete goals that are set before them on behalf of themselves and others. Self – control is mentioned as a quality that is given as a spiritual gift – Galatians 5:23. Self – control is mastery over oneself, controlling various passions and desires that do not benefit the greater good. Self – control is a spiritual quality that is very much necessary in business. Take for example a person who is responsible for handling large amounts of money for others. This person is entrusted with responsibility and must have self-control in order to handle the money wisely. Many individuals who have lacked self-control or self-discipline have breached this trust and made off with millions of dollars. We hear of examples like these in the news quite often. One famous example is that of Bernard “Bernie” Lawrence Madoff. He was responsible for a large Ponzi Scheme that left many without their life savings, and he serving federal time because of his lack of self-control and dishonesty. Also, at the root of this situation is greed which is spoken against in the holy writings. Greed can take a business under faster than a bolder in a boat with a hole in it.

Spiritual qualities – positive qualities that are unseen but are manifested through one’s actions can benefit a business owner. Business owners who have core spiritual values in essence do their best to treat people the way they would want to be treated. Ask yourself, “Do I like being lied to?” Would I want a cheating business partner? If I had a spouse who owned a business, would I want them sleeping with the staff?” If you don’t care, then this article isn’t for you, but if you can honestly answer these questions and reflect on how you would want to be treated and relay that treatment to others, you have in essence merged spirituality with business and your business will be built on a solid foundation, not a shaky one where you have to “watch your back” to see when you will “get got: so to speak.

The next article will discuss various spiritual values that can aid in growing a business’ revenue.

how can we help you?

contacts
Manage Cookie Consent
To provide the best experiences, we use technologies like cookies to store and/or access device information. Consenting to these technologies will allow us to process data such as browsing behavior or unique IDs on this site. Not consenting or withdrawing consent, may adversely affect certain features and functions.
Manage options Manage third parties Manage vendors Read more about these purposes
Preferences
{title} {title} {title}